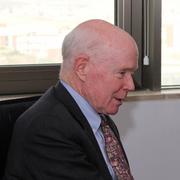 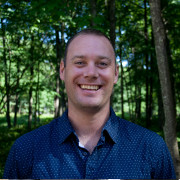 Kyle Long is a change management practitioner and international higher education scholar. He serves as Senior Director of Organizational Strategy and Change at Northwestern University, where he leads the university’s in-house management consulting unit. His scholarship focuses on international higher education, international development, and public diplomacy. He is the author of The Emergence of the American University Abroad (2020). His writing has appeared in International Higher Education, Inside Higher Ed, and Change: The Magazine of Higher Learning. He previously served as UNESCO Co-Chair of International Education for Development at the George Washington University and as a research consultant for Hanover Research. He has served as a consultant to international development agencies, administrator for an American university overseas, and researcher at non-profit organizations centered on higher education governance and assessment of student learning outcomes. Dr. Long earned a PhD in International and Comparative Education from Columbia University.

Gaylen R. Hansen recently retired as an audit partner of Plante Moran, PLLC following over forty years of engagement in the accounting profession. His career spanned lengthy periods in public practice including initial periods as a manager with Arthur Andersen and later Price Waterhouse. He currently is the chair of the Consultative Advisory Group (CAG) of the International Ethics Standard Board for Accountants and serves as a CAG representative to the International Auditing and Assurance Standards Board. The IESBA and IAASB establish standards of practice for professional accountants throughout the world. The CAG’s are responsible for ensuring that the public interest is a priority in financial reporting standards. Hansen also currently serves on the American Institute of Certified Public Accountants (AICPA) Auditing Standards Board. The ASB establishes auditing for all U.S. non-public entities, including not-for profit organizations. He is a graduate of California State Polytechnic University, Pomona and holds an MBA in international business from California State University, Fullerton. He has been a CPA since 1977 and resides with his wife in Evergreen, Colorado.

Frank Blake is currently the General Manager for Outside Sales and Service for The Home Depot. He is responsible for leading the nationwide professional sales force as well as leading the company's B2B services efforts. Since joining The Home Depot in 2004 as part of the Store Leadership Program, Frank has held positions of increasing responsibility, including Store Manager, District Manager and General Manager.

Prior to joining The Home Depot, Frank served as a Captain in the U.S. Army during Operation Iraqi Freedom and was awarded the Bronze Star Medal. He is also an accomplished angel investor and serves as General Partner of his own early stage investment fund, and as Limited Partner within several investing groups.

Frank is a passionate philanthropist and serves on the board of many local and global non-profits. He and his wife Jennifer live in Atlanta, Georgia with their three children. 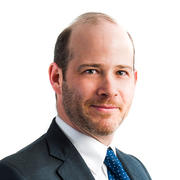 Eric has directed a wide-range of research and analysis projects on Asian and Middle Eastern affairs, international security and development, and alternative geopolitical futures.

Brown’s current work is on re-tooling international assistance to vulnerable countries and on strategies for enhancing public security in weak and contested states. 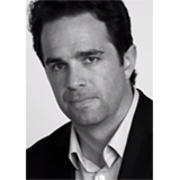 Jake Cusack is co-managing partner of CrossBoundary, a frontier market investment advisory firm, as well as its adjunct investment platform, CrossBoundary Energy. Mr. Cusack holds joint MPP/MBA degrees from the Harvard Kennedy School and Harvard Business School, and is a graduate of the University of Notre Dame’s Honors Program. Prior to CrossBoundary, Mr. Cusack served as a Marine Corps officer in Iraq and worked at Abraaj Capital, an emerging market private equity firm. He also worked in Kurdistan in 2011 advising OPIC (Overseas Private Investment Corporation) on their portfolio of investments in the region. He has written for The Wall Street Journal, The New Republic, The New York Times, Forbes, Harvard Business Review, and Inc. Magazine.

He is Chairman of the Emerging Market Private Equity Association’s Frontier Market Council, Board Member of Invest Africa US, Presidential Leadership Scholar, Term Member of the Council on Foreign Relations, and Aspen Ideas Fellow. 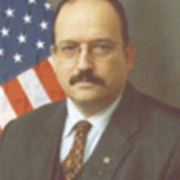 Ambassador Michael Gfoeller served for 26 years as a U.S. diplomat including service in Saudi Arabia, Bahrain, Iraq, Russia, Armenia, Moldova, Poland, and Belgium. He retired from the State Department with the rank of Ambassador in 2010.

After his diplomatic service, Amb. Gfoeller was the head of Middle East and North African (MENA) affairs at ExxonMobil’s International Government Relations Department from 2010 to 2012. 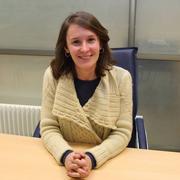 Since 2011, Alana Marie Levinson-LaBrosse has taught in the English Department at the American University of Iraq, Sulaimani. While there, she was instrumental in the formation of the department, serving as the founding Chair. She translates classical and contemporary Kurdish poetry, hosts readings with regional poets, and introduced the annual translation workshop. She received her M.F.A. from Warren Wilson College and her M.Ed. in English Education and B.A. in Political and Social Thought from the University of Virginia. She was awarded the Richard A. Meade Award for Excellence in English Education, honored as a member of the Raven Society, and was an Echols Scholar.

She has been published in The Iowa Review, Words Without Borders, The Fair Observer, and 91st Meridian. She compiled and edited SoJust: An International Art Festival, an anthology of translations and interviews from American and Iraqi artists. 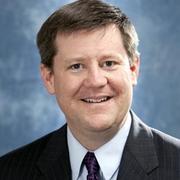 Steve Lutes is responsible for managing the U.S.-Egypt Business Council, U.S.-Iraq Business Initiative, the U.S.-GCC Business Initiative, and serves as executive director for each. In this capacity, Lutes is responsible for developing and implementing policies and programs that promote U.S. business opportunities and investment in Egypt, Iraq, and the GCC. He works closely with Chamber member companies and business and government leaders to advance and broaden commercial relationships.

Lutes came to the Chamber from the U.S. Department of Commerce’s International Trade Administration (ITA) where he was a senior legislative affairs specialist in the Office of Legislative and Intergovernmental Affairs. He focused on educating members of Congress on the benefits of trade and foreign direct investment and on advancing the Administration’s trade agenda on Capitol Hill. 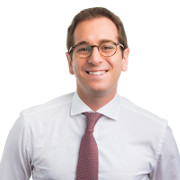 Most recently Clovis Maalouf served as the General Counsel at AUIS, reporting directly to the AUIS President on all internal and external legal matters pertaining to the University. In addition to his law responsibilities, Clovis was an assistant professor of business law and business management courses at AUIS.

Clovis is US bar certified in the states of New York and Wisconsin.

Kelly Peeler is the CEO and founder of NextGenVest (acquired by CommonBond), based in New York City, which helps Gen Z reduce student loan burdens. She is the Co-Founder and Executive Director of Across Borders, building and scaling Iraqi tech-enabled ventures by working with Universities in Iraq to help students from ideation to product/market fit. Kelly has also built several companies focused on helping students thrive. While at Harvard, she started Business Across Borders, a non-profit that helps Iraqi students rebuild their own economy by starting their own companies and the International Women in Business Summit, bringing together top female college leaders. She has been recognized as a 2013 Global Scholar at the Kauffman Foundation, in Forbes Magazine’s 30 Under 30, Fast Company's 100 Most Creative People in Business, Goldman Sachs 100 Most Intriguing Entrepreneurs, and a White House #StartTheSpark Ambassador. Kelly graduated from Harvard University with a BA in History and Economics.

Andrea Saliba brings significant corporate management and entrepreneurial experience and expertise to the Foundation Board. She was the Co-founder & VP of Marketing for an ecommerce startup, where she presented business plans to venture capitalists for first-round funding. Prior to that she helped Cisco Systems enter the remote access market where she pioneered the concept of telecommuting through product development, educational seminars and strategic partnerships.

More recently Ms. Saliba founded MindfullyFit to help revolutionize the fitness industry with a posture-based approach to finding more mobility and flexibility and eliminating back pain. With the launch of her book, MindfullyFit, Four Steps to Moving Correctly, Avoiding Back Pain and Dancing to Get Fit, Andrea seeks to educate the industry about the importance of posture.

Raised in Boston and very proud of her Syrian heritage, Ms. Saliba is a dedicated supporter of the AUIS Arbat Brighter Future campaign, which raises scholarship funds for Syrian refugees to attend AUIS. Ms. Saliba has an MBA in Marketing and Strategic Planning from The Anderson School of Management at University of California, Los Angeles as well as a B.A. with honors from Wellesley College where she studied Philosophy, Cognitive Science, and Math. 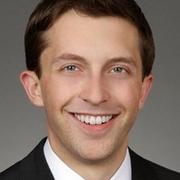 He received his J.D. with Pro Bono Distinction from Stanford Law School, an M.P.P. from the Harvard Kennedy School, and an M.A. in Sociology and B.A. with honors in Political Science from Stanford University.

Rachel Bronson is the president and CEO of the Bulletin of the Atomic Scientists. She oversees the publishing programs, management of the Doomsday Clock, and a growing set of activities around nuclear risk, climate change and disruptive technologies. Before joining the Bulletin, Bronson served as the vice president of studies at the Chicago Council on Global Affairs. She also taught “Global Energy” as an adjunct professor at the Kellogg School of Management.
Bronson is a board director of the American University of Iraq Foundation and a board member of the Francis W. Parker School. She has served as co-chair of Chicago Shakespeare Theater’s Producer Guild, and as a board member of the Ruth Page Center for the Arts. Bronson was named by Today’s Chicago Woman magazine as one of 100 Women to Watch (2012), 20 Women to Watch by Crain’s Chicago Business (2008), a Carnegie Corporation Scholar (2003) and a Glamour Magazine “Wow Woman” (2002). She is a member of the Council on Foreign Relations, the Economic Club of Chicago and the Pacific Council. She earned a BA in history at the University of Pennsylvania and a MA and PhD in political science from Columbia University in 1997.